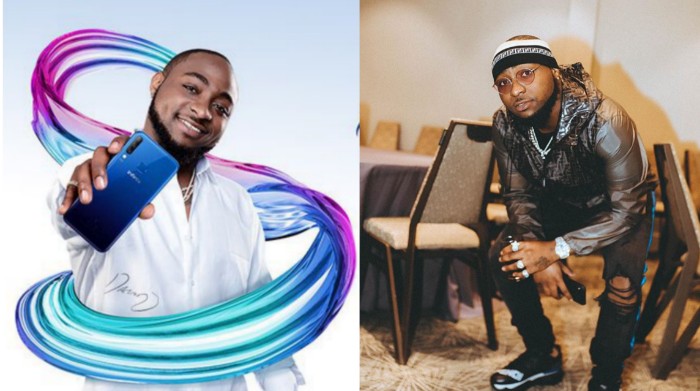 The singer put the word out earlier today that he is going to bless 15 of his fans with brand new Infinix Hot 7 android devices. In his words, he tweeted:

We rise by lifting others, so I'm gonna empower my people!! I’m giving Infinix Hot7 Phones to 15 lucky fans!!! To win just follow @infinixNigeria on Twitter & Instagram. Tweet me screenshots of you following and use hashtags:#My7TimesHotReview #DavidoHot7 Oya!!

Apparently, Davido is carrying out his duties as an ambassador for the smart phone development company, Infinix. He is pushing the brand’s latest release of their Hot series, the Infinix Hot 7 which was also released with a Pro version this year.

One of the lucky fans have received her price already, and made a post about it on twitter, thanking Davido for the gift.