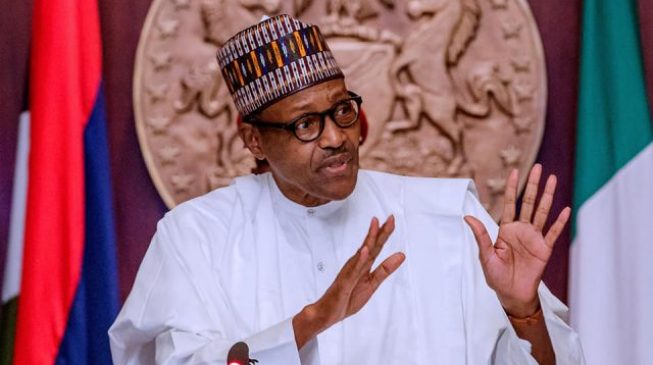 The president’s Special Adviser on Media and Publicity, Femi Adesina, tells TVC that he knows how president Buhari’s speech leaked on Whatsapp and why it was different from the final speech the president gave;

“There is just one authentic copy of the broadcast, which is the one released from the media office. But then, I recognised that a couple of hours before the broadcast itself, a copy of the purported speech had been circulating particularly on WhatsApp. If you compare the two, yes there are some similarities but then, there are also wide differences,” Adesina was quoted as saying by Linda Ikeji’s blog, which monitored his chat with TVC.

“You have just mentioned the effective day particularly of the gradual easing of the lockdown. What happened was that somebody got hold of the initial draft of the broadcast and played hanky panky with it by releasing it through social media.

“If you know the processes that a broadcast goes through before it gets recorded – the script will originate from the relevant government agency, department, parastatal of ministry, whoever heads that agency, ministry or parastatal sign up on it and then they send it to the presidential office.

“When it gets to the presidential office, it gets through a number of hands again, because the president’s thoughts must be infused and injected into that draft. There are some things that may be in it that the president may completely not agree with.

“So some hours before the recording was played back, I saw something circulating on social media, I knew that that was not the copy that I signed off on. Then we began to investigate. It has been found out that the original script from inception was what somebody laid hands-on and released to the social media.

“Well, mainstream media knows how we release our statements – whatever documents that we are releasing. They should know how to authenticate it. It comes from the media office.

“So, if any mainstream media is now taking its information from the social media, that mainstream media is to be blamed because we duly released the authentic copy of that broadcast by 8:06 PM. So the mainstream media should not have depended on a leaked copy which turns out to have many discrepancies compared with the original and final copy,”