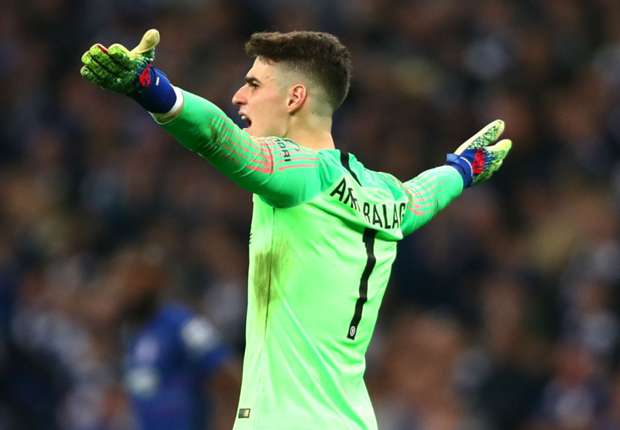 Chelsea have fined Kepa Arrizabalaga one week’s wages for refusing to be substituted in Sunday’s Carabao Cup final defeat to Manchester City.

The Spanish goalkeeper went to ground with an apparent injury in the closing moments of extra time, prompting manager Maurizio Sarri to ready penalty specialist Willy Caballero to enter for the impending shoot-out.

A messy cross-field exchange ensued as Kepa argued with Sarri – who had to remain on the touchline – over his ability to remain in the game.

Chelsea would go on to lose the shootout, with Kepa letting a tame penalty run underneath him to contribute to the defeat.

The Stamford Bridge side released fresh statements from both Sarri and Kepa on Monday night, adding that the 24-year-old would be fined a week’s worth of wages.

“I was very happy to play in my first Cup Final for Chelsea yesterday and very proud of the team performance,” the goalie’s statement begins.

“I have thought a lot more about yesterday’s events. Although there was a misunderstanding, on reflection, I made a big mistake with how I handled the situation.

“I wanted to take the time today to apologise fully and in person to the coach, to Willy, my team-mates and to the club. I have done this and now I want to offer the same apology to the fans. 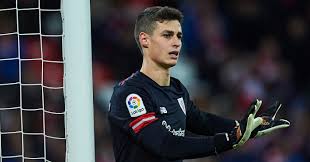 “I will learn from this episode and will accept any punishment or discipline the club decides is appropriate.”

Meanwhile, his Italian boss is keen to put the matter to rest and get on with the season at hand.

“Kepa and I have spoken about the incident,” Sarri said. “It was a good conversation. There was a misunderstanding yesterday but he realises he made a big mistake in the way he reacted.

“He has apologised to me, his team-mates and the club. It is up to the club if they want to discipline him according to the club rules, but for me this matter is now closed.

“The team performance as a whole was extremely positive and it is a shame to see how this incident has overshadowed our efforts in what was a very competitive Cup Final.

“Everyone’s focus is now on the next game and we must all now put this behind us.”

The club also confirmed that Kepa’s fine will be donated to the Chelsea foundation.