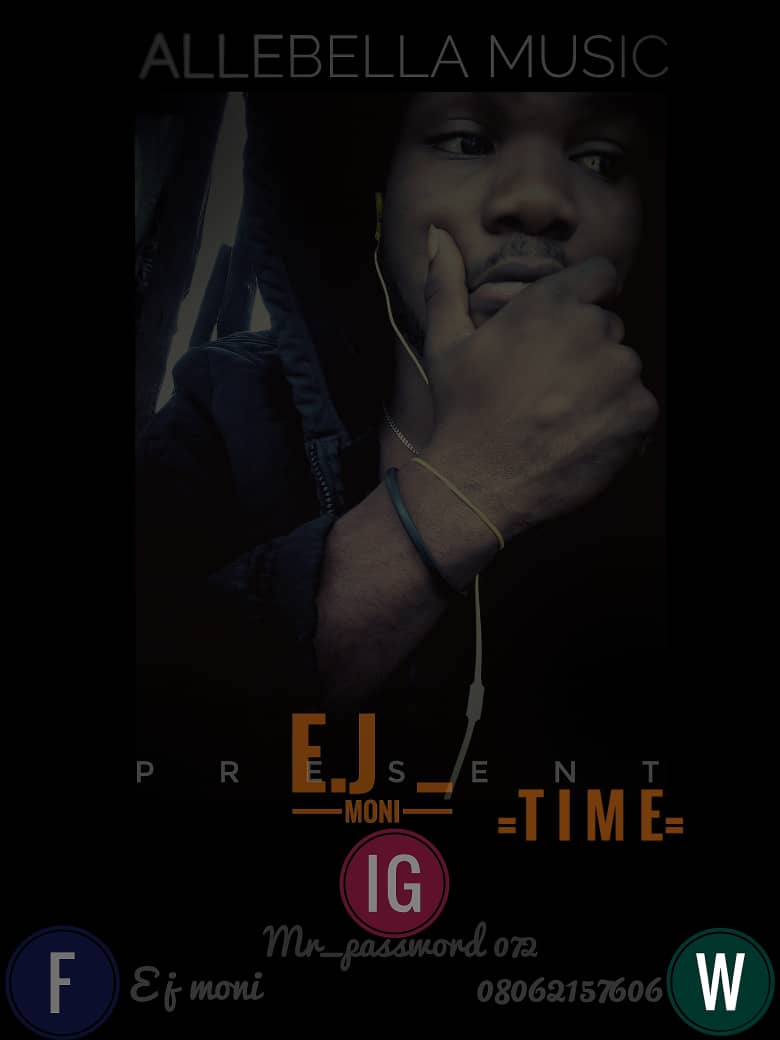 E.j_Moni released “Time” on the 10th of August, 2019 to a warm reception from (Password Community fans) and music fans in general. The song is an Afrobeat sound that. Ej_Moni most probably put everything he has into this song due to its powerfully infectious sound. “Time” could easily pass for one of the most underrated songs that have been released in 2019 as it hasn’t attained a level it ought to be on. This song should be on constant replay on everyone’s media player and should be a major actor on Nigerian radio.

“Time” The beat is produced by “Blue Prince” is just wonderful and banging. The video to the song will be shot publicised. It should be dropped in the coming weeks.