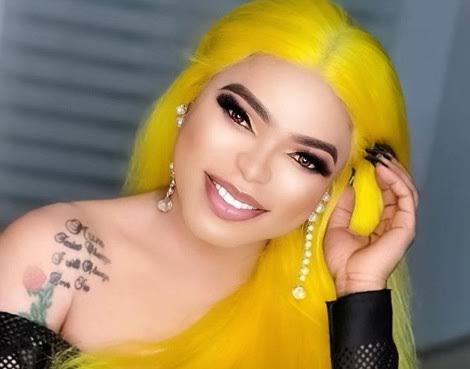 At last, Popular Nigerian transgender, Idris Okuneye aka Bobrisky has finally unveiled his boyfriend.
She been talking about his supposed boo for a while now, he regularly teases her fans who are curious to know who his mystery boo is.
He recently shared a video of himself on Snapchat having a conversation with a man he described as ‘boo’.

Details and name of his supposed boyfriend have not been unveiled. But findings show that he’s the one paying her bills.
Recently, she has been talking about her about her pussy almost all the time she is on any of her social media platform.
The recent one was when a fan asked her whether she indeed now has a pussy and she replied by giving her pussy a name.