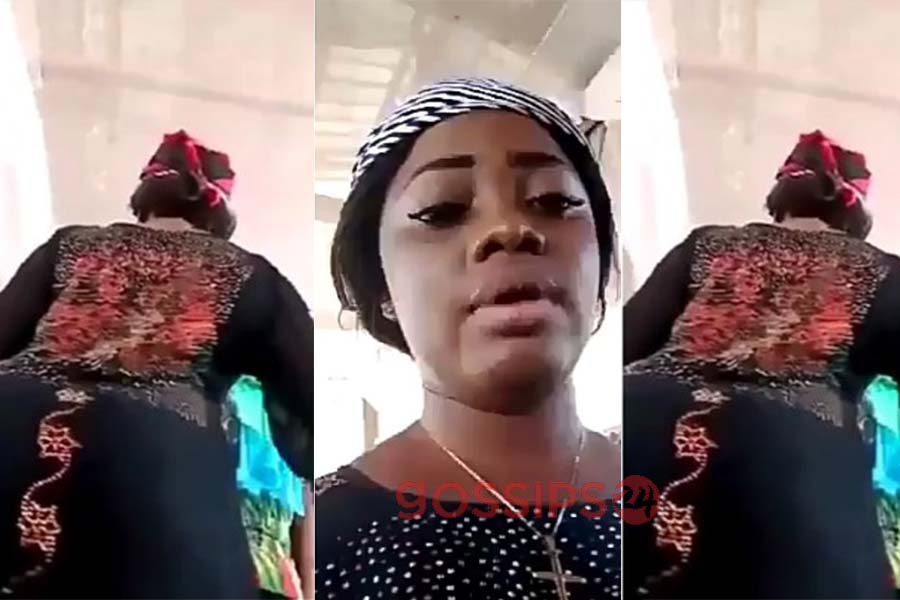 Currently trending on social media is a video of a curvy young lady tw3rking in church during praise and worship
A very humorous and amusing video is currently making its rounds on social media. The clip shows a woman with a huge backside dancing during praises in church.
With her back turned, all the camera could capture was her heavy backside which she was shaking like the ones we see in twerking videos on social media.
In fact, some church members could not help but stare and capture her as she danced in very rousing ways.
The fact that she brought dance moves meant for ‘clubs’ to a formal event have provoked a number of people on the internet as some bashed the woman for dancing seductively at a formal gathering.
However, some folks (especially ladies) have risen to the defence of the unknown lady. Some are of the opinion that she can dance as she pleases as God does not discriminate against huge backsides or dance moves.
In short, there has been an argument over the correctness of the woman’s action.