Warning: Cannot modify header information - headers already sent by (output started at /homepages/9/d773865396/htdocs/clickandbuilds/naijashaku/wp-config.php:4) in /homepages/9/d773865396/htdocs/clickandbuilds/naijashaku/wp-content/plugins/wp-rocket/inc/classes/Buffer/class-cache.php on line 201
 Davido failed to exercise his civil duty and missed the election? WHY😕 – Naijashaku
Skip to content 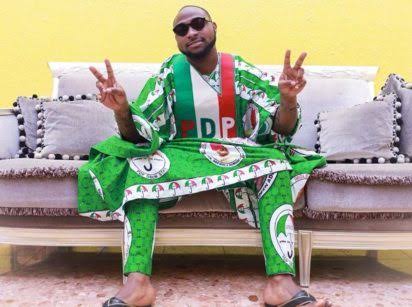 Wow OBO as you know him, popular musician Davido really played a very big role in the 2019 electioneering campaign with the influential power of his status and took it too his fans and followers a must to participate in the past election but later failed to take his own words.
According to him, the celebrity who was in South Africa all through the period of the elections rhetorically if February 23 was really the date of the election. In essence, he attributed the postponement of the election to be why he did not show up and claimed he has a “JOB” to attend too unlike others.

@iam_Davido For the fact you didn’t exercise your civic duty doesn’t entail you to indirectly say we that voted are jobless, hello!! You’re not the only one with a JOB others too are, don’t be selfish🙏