Warning: Constant WP_CACHE already defined in /homepages/9/d773865396/htdocs/clickandbuilds/naijashaku/wp-config.php on line 4
 Lil Kesh At YBNL Or After… Which Is The Better One ??? – Naijashaku
Skip to content 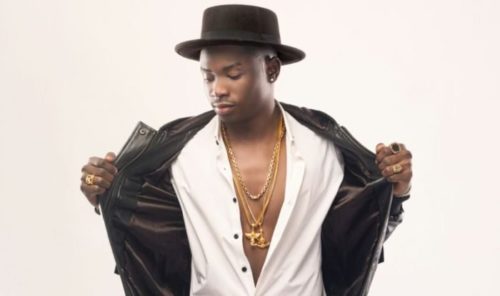 Lil Kesh became a household name and a man after the hearts of many after his music exploits under Olamide owned YBNL Nation (record label). While Kesh was with YBNL, he dropped singles that were smash hits. The likes of “Lyrically,” “Shoki,” “Shoki remix,” “Gbese,” “Efejoku” and a host of others did brilliantly for him in establishing him as a major artiste on the streets and in the urban terrain.

However, after his contract at YBNL expired, Lil Kesh decided to move on by creating his own record label; YAGI Records, and during his immediate post-YBNL days, Keshi, just like he did at YBNL dropped some songs that did pretty well on charts and the streets. Songs like “Shele gangan,” “No Fake love” “Rora” and a few others gave us a reminder of Lil Kesh’s music prowess.

And more recently, Lil Kesh just dropped a song titled “undertaker” which has been doing quite well in terms of positive remarks and number of downloads on music websites. With this song, some are now of the opinion that although Lil Kesh might not have achieved as big as he did while at YBNL with YAGI, but there is certainly a level of maturity he has attained in the way he sings and that he is now definitely a better artiste. On the contrary, some have disagreed there is no way he is a better artiste than he was at YBNL. This has now sparked some really intense argument which has now led us to ask you guys; “Which do you think is the better one, Lil Kesh at YBNL or after YBNL?”