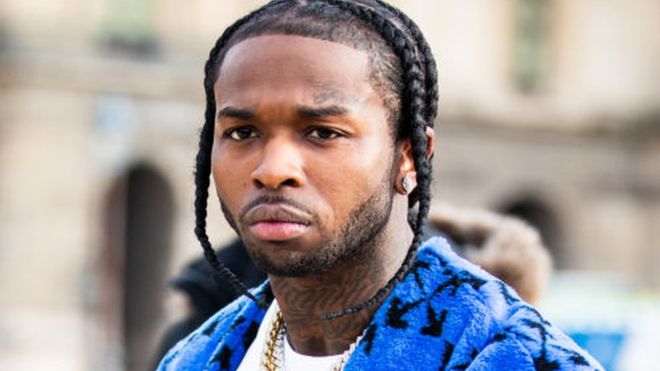 American fast rising rapper, Bashar Barakah Jackson, known professionally as Pop Smoke, has been shot dead.
The 2o-year-old singer who is known for hit single “Welcome To The Party” and was also associated with American female rappers, Nicki Minaj and Cardi B was shot dead today. According to the reports, Pop Smoke was shot and killed early this morning in what appears to be a home-invasion robbery.

The Los Angeles police responded to an emergency call at 4:20 this morning after masked gunmen broke into Pop Smoke’s Hollywood Hills house around 4:30 AM, shooting the rapper and fleeing on foot. The suspects are still apparently at large.

He was later transferred to a local hospital and pronounced dead when he arrived. It’s unclear if the break-in was a robbery, police said, or if anyone else was inside the house.