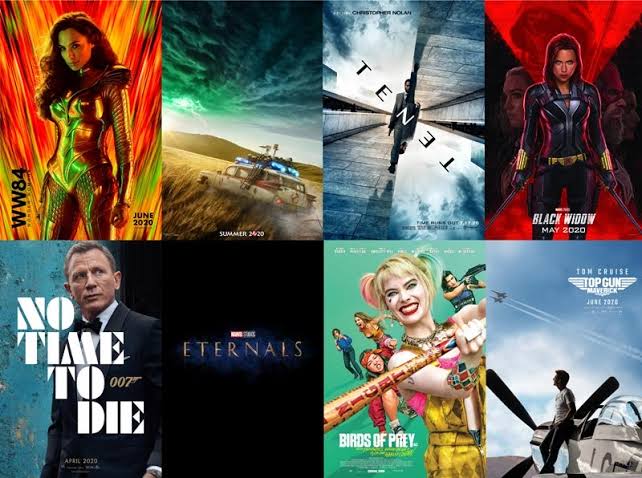 Movie lovers can testify that 2019 was an amazing year for cinema all over the world. We saw the infinity saga come to an end in Endgame, we also saw live action remakes of classics like The Lion King and Aladdin as well as long overdue Toy Story 4. 2019 is almost over, but 2020 promises to be another eventful and groundbreaking year for cinema with several blockbusters set to be released, from Bond 25 to Coming 2 America, we cant wait.

While we wait for 2020 and its offerings, here are 10 movies you cant afford to miss when the year comes.

Synopsis: Bond has left active service. His peace is short-lived when his old friend Felix Leiter from the CIA turns up asking for help, leading Bond onto the trail of a mysterious villain armed with dangerous new technology.

Synopsis: Members of the Abbott family and a mysterious stranger fight for survival against otherworldly creatures that hunt by sound.

Synopsis: One man must race against time to stop history’s worst tyrants and criminal masterminds as they get together to plot a war that could wipe out millions of people and destroy humanity.

Synopsis:After splitting with the Joker, Harley Quinn joins superheroes Black Canary, Huntress and Renee Montoya to save a young girl from an evil crime lord.

Synopsis: Old-school cops Mike Lowery and Marcus Burnett team up to take down the vicious leader of a Miami drug cartel. Newly created elite team AMMO of the Miami police department along with Mike and Marcus go up against the ruthless Armando Armas.

Synopsis: Based on Disneyland’s theme park ride where a small riverboat takes a group of travelers through a jungle filled with dangerous animals and reptiles, but with a supernatural element.

Synopsis: Wonder Woman squares off against the Cheetah, a villainess who possesses superhuman strength and agility.

Synopsis: The saga of the Eternals, a race of immortal beings who lived on Earth and shaped its history and civilizations.

Synopsis: A musician who has lost his passion for music is transported out of his body and must find his way back with the help of an infant soul learning about herself.

Synopsis: A young Chinese maiden disguises herself as a male warrior in order to save her father. A live-action feature film based on Disney’s ‘Mulan.’

Synopsis: Following the events of Captain America: Civil War (2016), Natasha Romanoff finds herself alone and forced to confront her past.

Synopsis: Fearsome monsters Godzilla and King Kong square off in an epic battle for the ages, while humanity looks to wipe out both of the creatures and take back the planet once and for all.

Synopsis: Magik, Wolfsbane and other teenage mutants try to come to grips with their superpowers while staying at a secret facility.

Synopsis: Set after the events of the first film, former Prince Akeem Joffer (Eddie Murphy) is set to become King of Zamunda when he discovers he has a son he never knew about in America – a street savvy Queens native named Lavelle (Jermaine Fowler). Honoring his royal father’s (James Earl Jones) dying wish to groom this son as the crown prince, Akeem and Semmi (Arsenio Hall) set off to America once again.

Source: Lists.ng
If you know any more movies we need to add too the list comment below for others to see.
Thank you
Facebook0Tweet0Pin0